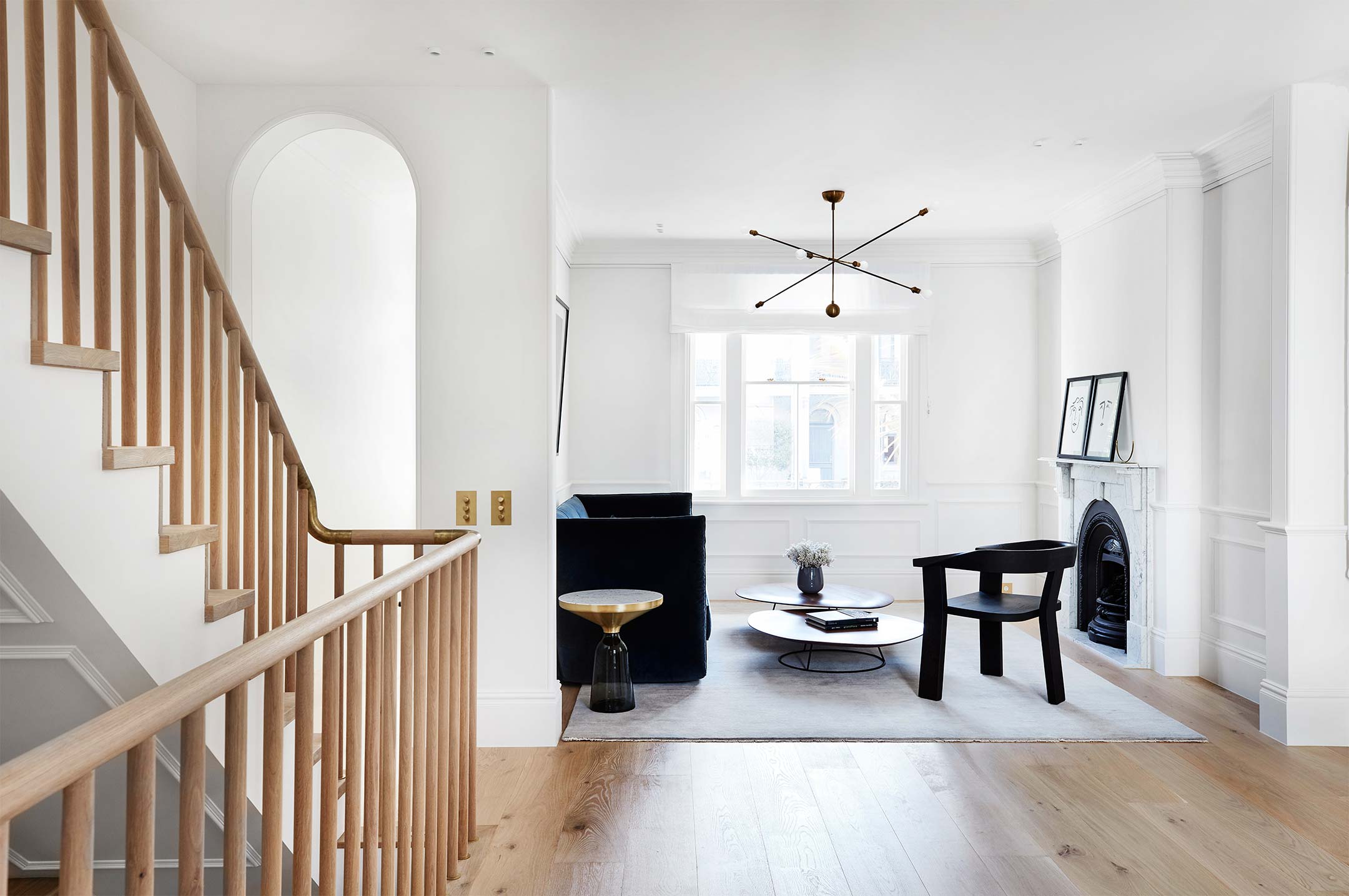 This beautiful Paddington Terrace was originally four individual apartments and we were given the task of converting the entire building into one residence. Working with the designers CM Studio this was quickly realised that this project would be a special build.

With the hero features such as the use of Carrara Marble throughout and the use of Brass fixtures and fittings this was truly a luxury terrace home. Steel Windows and doors were introduced in the new extension of the house with Timber windows used in the heritage portion of the house.

The joinery was a major feature in the build and design with again the use of stone benches and brass detailing. With this bespoke joinery came an enormous amount of detail down to the last scree, even the hanging rails in the wardrobes were inlaid in brass.

The build had some challenges also with a nearly a 100-year-old building the structure has some issues. The brickwork was crumbling with the absence of the old lime mortar, this all had to be rebuilt. The existing structure was under pinned and the two-storey residence was suspended temporarily whilst the new structure was built below. Being set below a busy Paddington St the building had a steady ingress of water that had no doubt been a constant for many years. The solution to this was that the entire sub-basement area was removed and replaced with a concrete slab with a 2.0m high concrete wall to the perimeter which resulted in a watertight solution.

Working side by side the Architects a fantastic result was achieved, and the project completed in 15 Months. 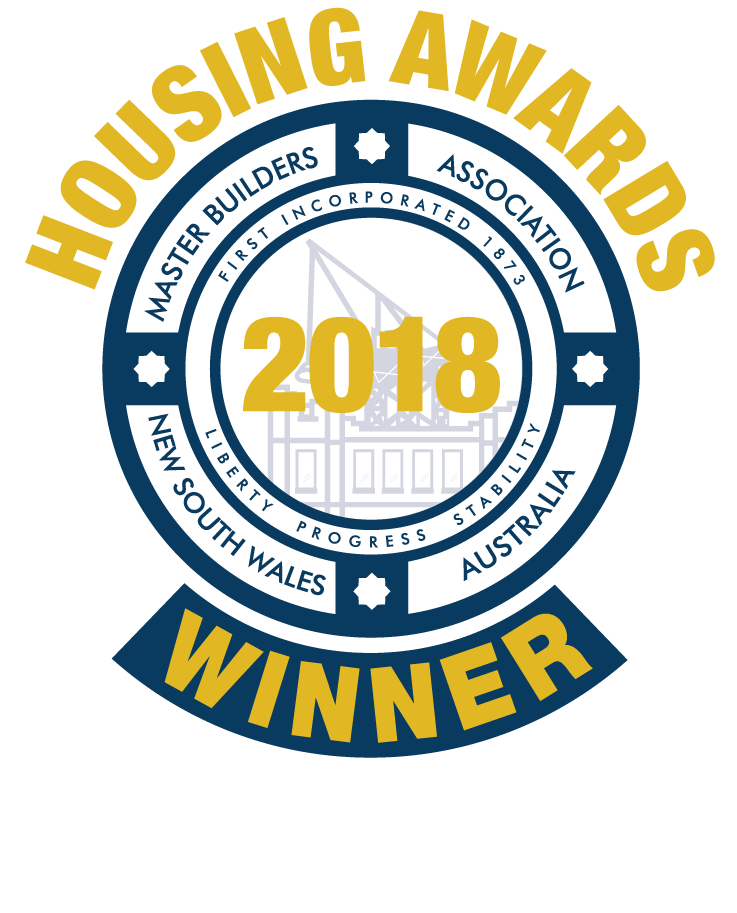 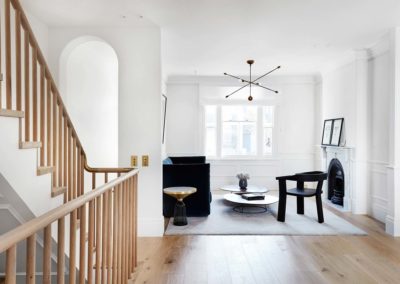 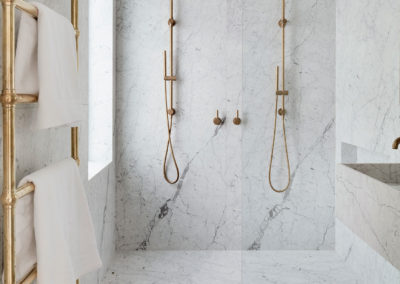 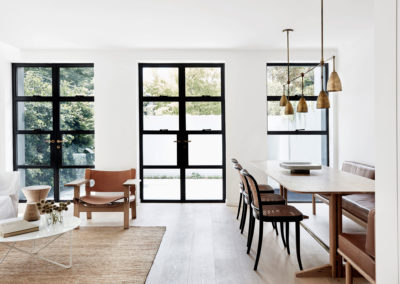 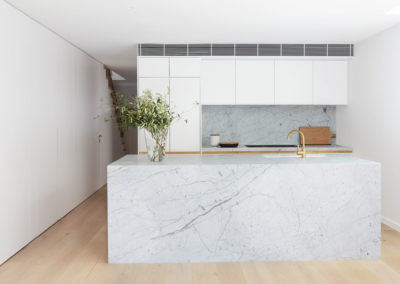 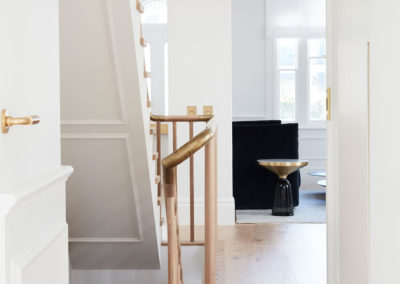 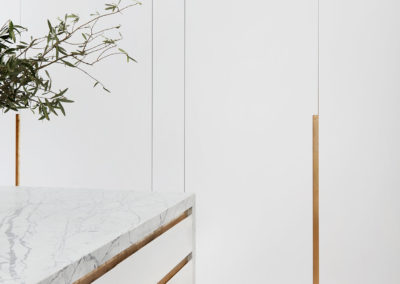 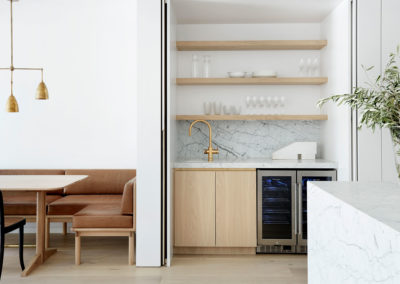 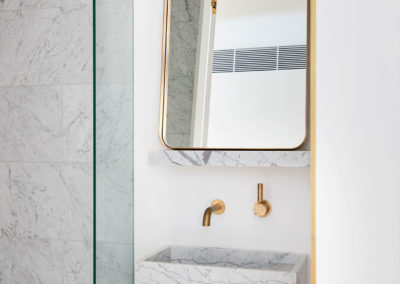 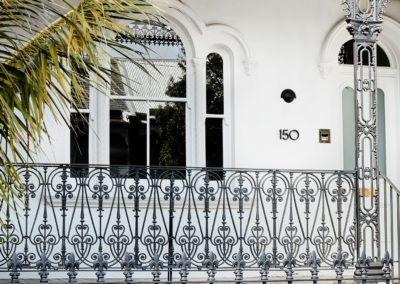 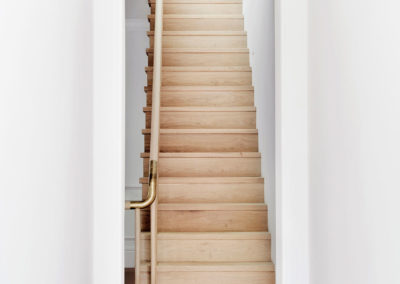 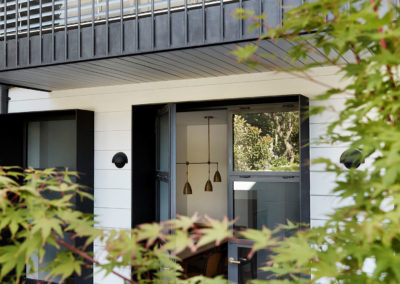 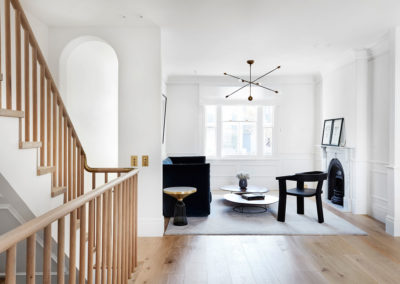 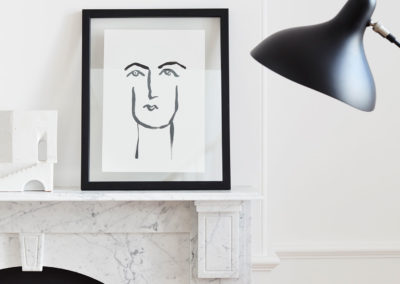 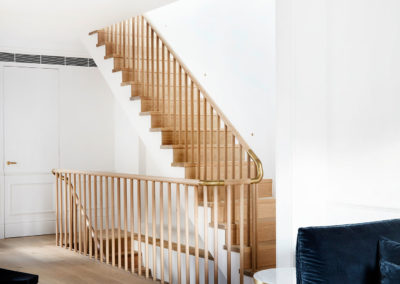 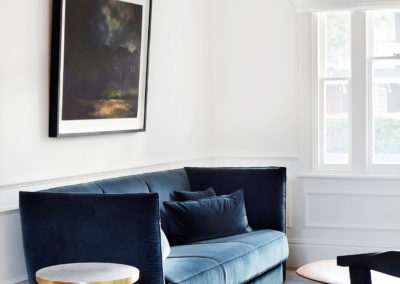 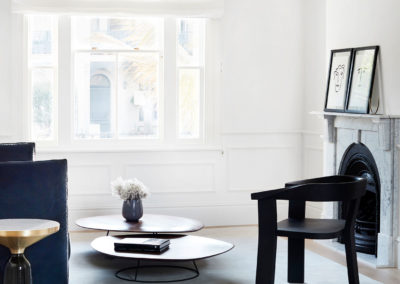 Needless to say this project enjoys the best quality of building work on any project we have ever completed. We had undertaken 5 new build and 4 extensive renovations before embarking on the Paddington project and this has been the smoothest. This is a credit to the builder BAU Group and the Architect C+M Sutdio.

"Needless to say this project enjoys the best quality of building work on any project we have ever completed. We had undertaken 5 new builds and 4 extensive renovations before embarking on the Paddington project and this has been the smoothest. This is a credit to the builder Bau Group and C+M Studio.”

"Bau Group has worked with us as a builder and consultant on several residential projects. All work has been carried out in a professional and timely manner. David has an extensive knowledge of construction and a very high attention to detail. He has displayed excellent project management and contract administration skills throughout this challenging build. These include the management of trades, reviewing construction documents and liaising with Architects, Engineers and Clients."

"We so welcome your call or a visit to our home if you would like to discuss working with Mita and David. There are so many companies out there promising the world, believe me don’t look any further you have found the best. We are so fussy and particular it was lovely work with such similar minded builders they would not settle for second best. On time, within budget and most of all with a smile nothing was ever a problem such a nice change."

"Both Mita and Dave are extremely conscientious and proud of their product. They are also very honest and trustworthy, so we would happily recommend them to you."

"They have a good team of people who each bring their own specialist experience in a professional manner but who can also all pitch in together when things need to get done. They are very flexible to suit your needs and listen to your requests. Absolutely nothing is too hard or too much trouble ever. They have great ideas and solutions to the inevitable problems that happen along the way. But mostly it is their polite and happy team that is a delight to have in your home and it makes the whole thing less stressful. We would both highly recommend them and certainly will use them again for our next job."

"The team at BAU's attention to detail, quality of craftsmanship, project management, communication and problem solving skills were outstanding. We had a strong vision for the project and they delivered a superb quality result on our dream home, that far surpassed our expectations!"

"BAU have exceeded our expectations in their attention to detail during the build. Every effort has repeatedly been made by them (and others) to work with millimetre tolerances and alignments so crucial to our overall design. In doing so they have had the greatest respect for our aesthetic and the ambition in our design. We could not be happier with the result in what we believe is a triumph in its simplicity""